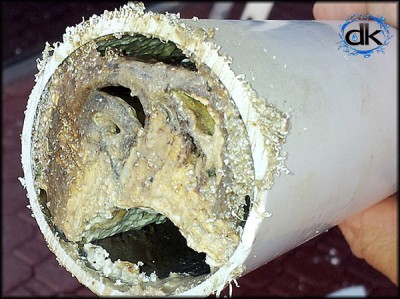 What is Causing Your Drain Blockage?

Are you guilty of flushing wipes down the drain? Coffee grounds and food scraps down the sink? Do you pick up that excess hair when you’re in the bath?
All of these things are now coagulating in your drains and beginning to form a drain blockage. 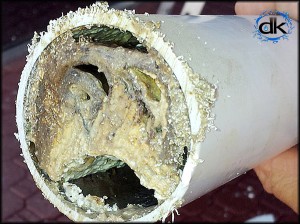 Even so called flushable wipes are a no, no in the sewer, our local drain plumbers have seen it time and time again. They get caught on something within the drain pipes, on the way to the main sewer and then every time you flush, a little bit of something else catches, building up over time, and eventually causing a drain blockage.

Coffee grounds and tea leaves down the kitchen sink leave behind granules, which harden like cement on the walls of the drain pipe.

Food scraps, fats and oils also wreak havoc on your drainage pipes. Leaving scum which will build up and up, until the pipes are completely blocked from congealed fat and food matter, Drains get plenty of this kind of gunk, just from rinsing the dishes let alone putting scraps etc. down there on purpose.

The wipes, food, fats and oils that do make it passed your drainage system, end up in the town main sewer.

You possibly recall the news story in the headlines about the ‘FAT BURG’ in the London sewer last year.
YYYUUUCCK!!

It was stated that they spend ‘’12 million pounds a year tackling blockages, most of them formed because people have tipped cooking fats down the drain and wet wipes down the loo”

Then a similar fate for Melbourne sewers, with congealed fat lump, being found earlier this week, News headlines suggested– ‘’It’s time to cut the fat” – in a plea to residents to stop flushing food scraps and fat down the drain.

A large portion of our town resources are put towards, cleaning sewer drain blockages, as well.
It would also be nice to think that if everyone took a little more care with what went down their drains, the local council could use the money saved on cleaner sewers, somewhere else in the community.

Our plumbers in Sunshine Coast specialise in blocked drains and regularly attend blockages, where we have seen all of these things being the main culprit causing the blockage, so do yourself a favour and be aware of what you put into your drain and save.

Don’t get me wrong we like cleaning drains and a drain blockage like this keep us in a job. But we honestly don’t want you to be handing over your hard earned money un-necessarily. Drains have a habit of blocking from un-preventable issues, with scum build up from normal everyday use. We are just suggesting that you might not want to assist them, in blocking any sooner than usual.

If you have noticed your drains getting slow or smelly, give our blocked drain plumbers in Sunshine Coast a call and we will be sure to rid them of any drain blockage, before they block up completely.